In recent times the lure of the ultra Challenges has grown enormously as athletes from across the mountain running community pit themselves against the terrain and the elements to compete and complete within tight timescales. The feedback and the results on the individual challenge websites show that not only are the challenges being met (in growing numbers) but at times they are being smashed.

Currently there are three challenges in the Mournes range (The Big 3) and while many have completed some of them only a select few can claim to have the ‘Big 3’ under their belt. So why not have a go. Run one, run two. Hell why not run all three?

NOTE: They are not organised events but challenges open to all who believe they can circumnavigate the beautiful, rugged and demanding mountains of Mourne within the set time limit.

The Denis Rankin Round 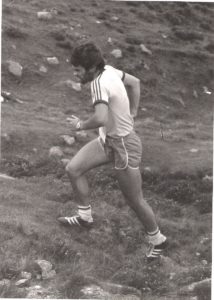 The Round is named after Denis Rankin, a pioneer and leading light in fell running and mountain marathons in Northern Ireland since the 1970’s, who tragically died on 16th May 2013 competing in a fell race on Slievemoughanmore.

The Denis Rankin Round is a circuit of all the peaks in the Mourne mountains over 400m in height, covering 90km and 6500m in ascent.

The challenge is to complete this within a 24 hour period.

Details can be found at The Denis Rankin Round website. 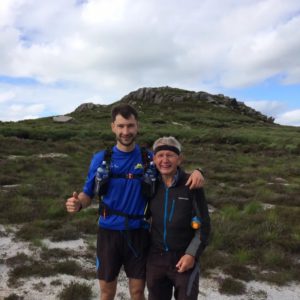 First devised and completed by it’s creator; Harry Teggarty in June 2005, Cassie’s Challenge has become a reality and a regular on the ultra events calendar since 2017.

The challenge is to complete this within a 24 hour period.

Full details are available on the Cassie’s Challenge website. 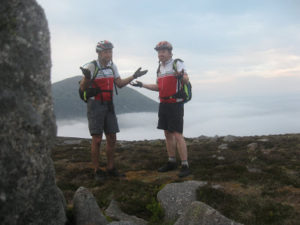 The Mourne 500,  devised by Rick McKee & Davy Creighton whose first attempted with mountain bikes in June 2010 ended reluctantly at summit 28. Realising the event involved carrying bikes a considerable amount of the time the pair, thankfully for the rest of us, made the Mourne 500s a running challenge.

It involves over 65 km distance around the Mourne Mountains, with over 4,400 metres of climbing, to be completed unaided within only 20 hours.

Full details are available on the Mourne 500 Challenge website.